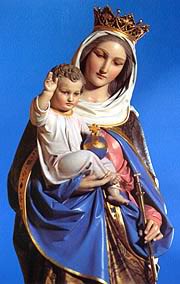 Our Blessed Mother Mary has always been the Help of Christians.  From the earliest days of the Church, with its threat of bloody persecution, to our own times, with its threat of Atomic Warfare, Christian men and women in all their trials have turned with confidence to Mary, certain of her powerful intercession.

The intervention of Mary in behalf of her people was shown with splendid clarity in the year 1572.  In that year a Christian navy, in defiance of all human expectation, completely defeated and routed a Turkish fleet that was bent upon the invasion and subjugation of Europe.  To commemorate this victory, Pope St. Pius V had the invocation, “Help of Christians, pray for us.” added to the Litany.

The Feast of Our Lady, Help of Christians was instituted by Pope Pius VII.  This Pontiff was arrested by order of Napoleon on July 5, 1808, and detained as a prisoner until March 17, 1814.   He re-entered Rome on May 24th of that year after an absence of nearly six years.  When Napoleon returned from Elba, the advancing French armies forced the Pope to flee Rome.  After the Battle of Waterloo and the final downfall of Napoleon, the Pope returned once more to Rome.  Pius VII attributed the Feast of Mary, Help of Christians on September 15, 1815.  He assigned May 24th as the day for its observance, that being the date of his first return to Rome.  This feast is the patronal feast of Australasia.  The mother church of the Salesian Fathers at Turin is dedicated to Mary under this title. 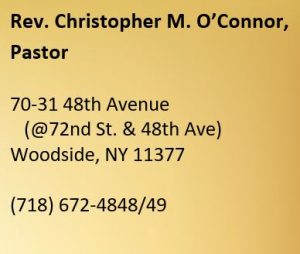